At the 2019 National Marine Corps League Convention in Billings, Montana, you will be electing your next National Judge Advocate.  I would like to take this opportunity to announce my candidacy for the position of National Judge Advocate and the opportunity to serve you and the entire Marine Corps League. I am asking for your support and confidence as the League moves forward in the years to come. After fulfilling the duties and re 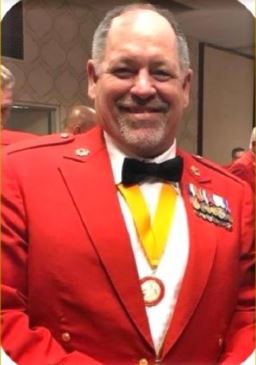 responsibilities as a member of the National Board of Trustees as the National Vice Commandant of the Northwest Division for almost 4 years, my experience and leadership has prepared me as your next National Judge Advocate.

My intent is to be extremely proactive in this position, not reactive. This position will require me to make rulings on the Bylaws and Administrative Procedures in the best interest of the League and each member.  Understanding and processing the Chapter Nine cases is extremely important. I have worked Department Chapter Nine cases as well as heard numerous Chapter Nine appeal cases to the National Board of Trustees. If I am your choice for the National Judge Advocate, I promise that I will always be fair and impartial. There is no room in this League for a good ole boy system nor is there room for favoritism.

I also bring a unique skillset to the NJA position. One of the duties of the NJA is to review contract that are put before it. I work for the City of Spokane in the Engineering services division and part of my job is to review and work under contracts from 50,000 to 5,000,000. A great asset to have!

As a Detachment, Department, and National officer of the MCL, my leadership style has centered around two important elements. As a cornerstone of my leadership, I consistently strive “to leave my office better than I found it” and everything I accomplished was for the “Good of the League.” I have always strived in making any office better than when I took it over. It’s always about moving forward. This League is a stream, not a pond. We have to constantly change to make it better or we will not survive.

I am a PDD in the MODD. I have served in all the positions at the Pound level including Pound keeper. I have sat in most of the elected positions at the Pack level and am now the Sr Vice Pack leader for the Pack of Washington. Woof woof to all my dogs out there!

I look forward to talking with each Division caucus at the National Convention. Most of the membership who know me know that I’m a straight shooter. I have never been a bobble-head. I welcome critical thinking. I like to use the quote by the comedian Ron White, “sometimes I have the right to remain silent, but I don’t have the ability.” This statement makes me laugh but if you have a group that just shakes there head every time a question is ask of them, you can end up on the wrong side of an issue.

In closing, I would like to say thank you for your consideration to be your National Judge Advocate. Feel free to reach out to me if you have any questions or go to the Northwest Division website (mcl-nwdiv.org) to see my biography. There will be updates and more as we move on to the National Convention in Billings. Semper Fidelis